Posted on September 27, 2013 by Barbara Triscari

I hope you will indulge me in a little memory lane.  My personal and professional blogs were wiped out a couple of years ago and almost all of the content was lost.  I just found that I had copied the text from the first post on my personal blog that I no longer keep, so I thought I would reshare it here.  There are many things that I had already forgotten about the trip and villa, so I’m delighted I found this!  I will have to relocate all of the pictures, but suspect they are all in the photography section, so I may not have too hard of a job.

Well, an empty blog… where to start…where to start… Well.  Living in Italy seems like a good place, though we are moving very shortly back to the states.  Yea!  And Awww!  Very glad to get back to the states, but very sad to leave all the beautiful sights of Italy!  We are very happy to be going into the civilian world even though I’m sure there will be some things we will miss as we are so accustomed to the military lifestyle by now. 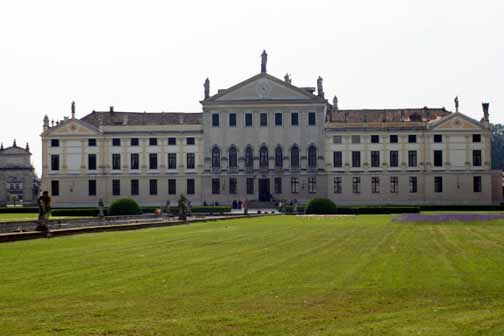 Last week some friends and I went to a villa along the Riviera del Brenta which is the Brenta River that runs from Venice out west into the Veneto and to Padua.  It was a major trade route where the affluent of Venice had villas.  The Villa Pisani was just gorgeous and has beautiful gardens.  Unfortunately, no photos allowed inside, but I got hundreds outside.  Napoleon took control of the villa in 1807 and Mussolini and Hitler met there in 1934.  Tiepolo did amazing Trompe L’Oeil murals on the ceiling and walls of the ball room.  We all decided we would have enjoyed being able to take a bath in the very sunken tub.  I’m guessing Napoleon and Mussolini enjoyed the tub, the luxuries, and the gorgeous grounds. 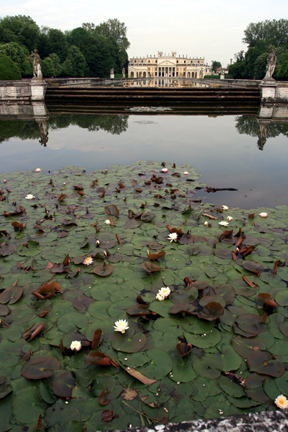 We enjoyed the beautiful huge reflecting pool with a smaller lily pad filled pond at the beginning.  There are sculptures of bodies lying in the reflecting pool.  Not quite sure what to think of those.  We walked along the side path as they were cutting the grass which, along with way too much cottonwood fluff was not good for the allergies!  But we walked along that side because they were in the process of mowing over thousands of purple flowering weeds which we wanted to get some photos of before they were gone! 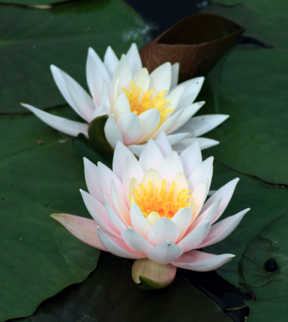 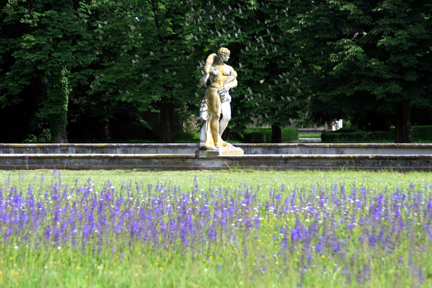 We continued on to a hidden treasure in the woods where there was an old buried ice house which was built up in the Napoleonic era to look like a lava flow with statues in it.  Also very odd, but fun to see what we could find.  Then we moved on to find the gazebo and I swallowed a cottonwood fluff which I highly suggest you don’t do and coughed and gagged for a good half hour!  Anyway, just a small gazebo with some pretty ironwork in the woods. 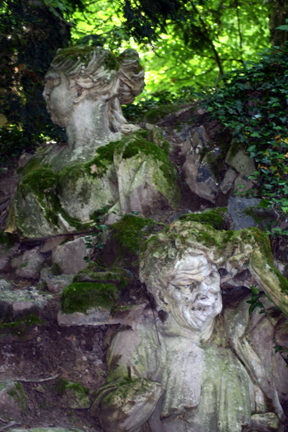 We headed on to the stables which was also used for entertaining and housing the citrus trees in the winter.  They were beautiful, but very small for as grand as they look!

Then we headed along garden after garden of beautiful flowers.  We spent the most time taking pictures of the wisteria archway, which was not yet blooming; however, the columbine at the base of the archway were stunning despite their tininess! 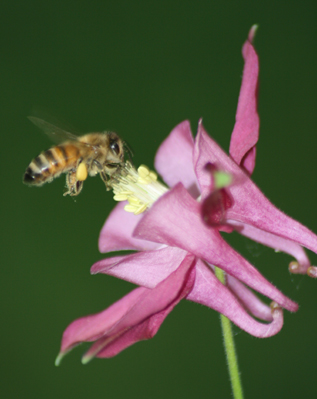 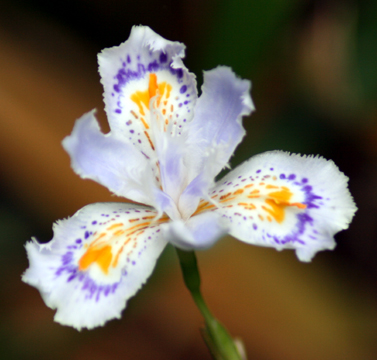 We unfortunately did not leave enough time to go through the shrubbery maze which is said to be the toughest in the world and has a tower at the center where you can get assistance to find the exit.  The stairs to the top of the tower are based on Leonardo di Vinci’s double helix staircase design.  Very beautiful! 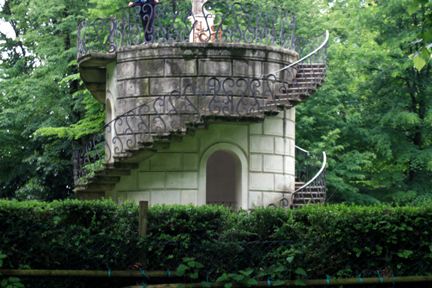 There is a coffee house on a small “island” surrounded by a mote with an ice house underneath which brings cooling air into the coffee house.

The Orangery was beautiful and sm 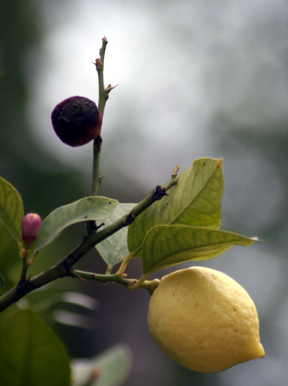 elled sooooo good with the flowers blooming and citrus growing.  It is surrounded by hedges with statues along them and some statues were almost overgrown by the hedges so they looked like the statues were emerging from the hedges. 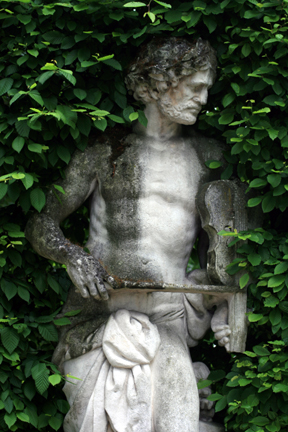 The Exedra was in the middle diving and converging the paths and was used as a lodge and gardeners quarters.  We wanted to go up the tower with spiral stairs, but they were not open because it said they were dangerous.

We all wanted to go back to take more photos, go through the maze, and see the blooming wisteria!  Time is too short for me!  Too much to see, too little time.
Villa Pisani has a website in English if you are interested in taking a look.

There [was] currently an exhibit of a Venetian impressionist painter, Emma Ciardi, that was very nice and I enjoyed her landscapes in particular.  

Well,  we are leaving Italy shortly, so this may be my one and only post until we get to the beach where I have more time on my hands waiting to see where we end up!  If I have time, I would love to tell you about some of my other travels while I soak up what little more I can during our last weeks!